You are here: Home / News / Mr. Boris Becker spotted at the IFR Village

Mr. Boris Becker takes a picture with the Olympic Casino – Casino Malta football team at the first edition of the #ifrchampionscup held at the Marsa Sports Grounds last September !!
.
We are excited for another great tournament on the 7th and 8th September 2019. Are you?

Mr. Boris Franz Becker is a German former world No. 1 professional tennis player. He was successful from the start of his career, winning the first of his six major singles titles at age 17. He also won five year-end championships, 13 Masters Series titles and an Olympic gold medal in doubles. Since his playing career ended, he has engaged in numerous ventures, including coaching the number one tennis player in the World, Mr. Novak Djokovic for three years, and working in the field of poker. 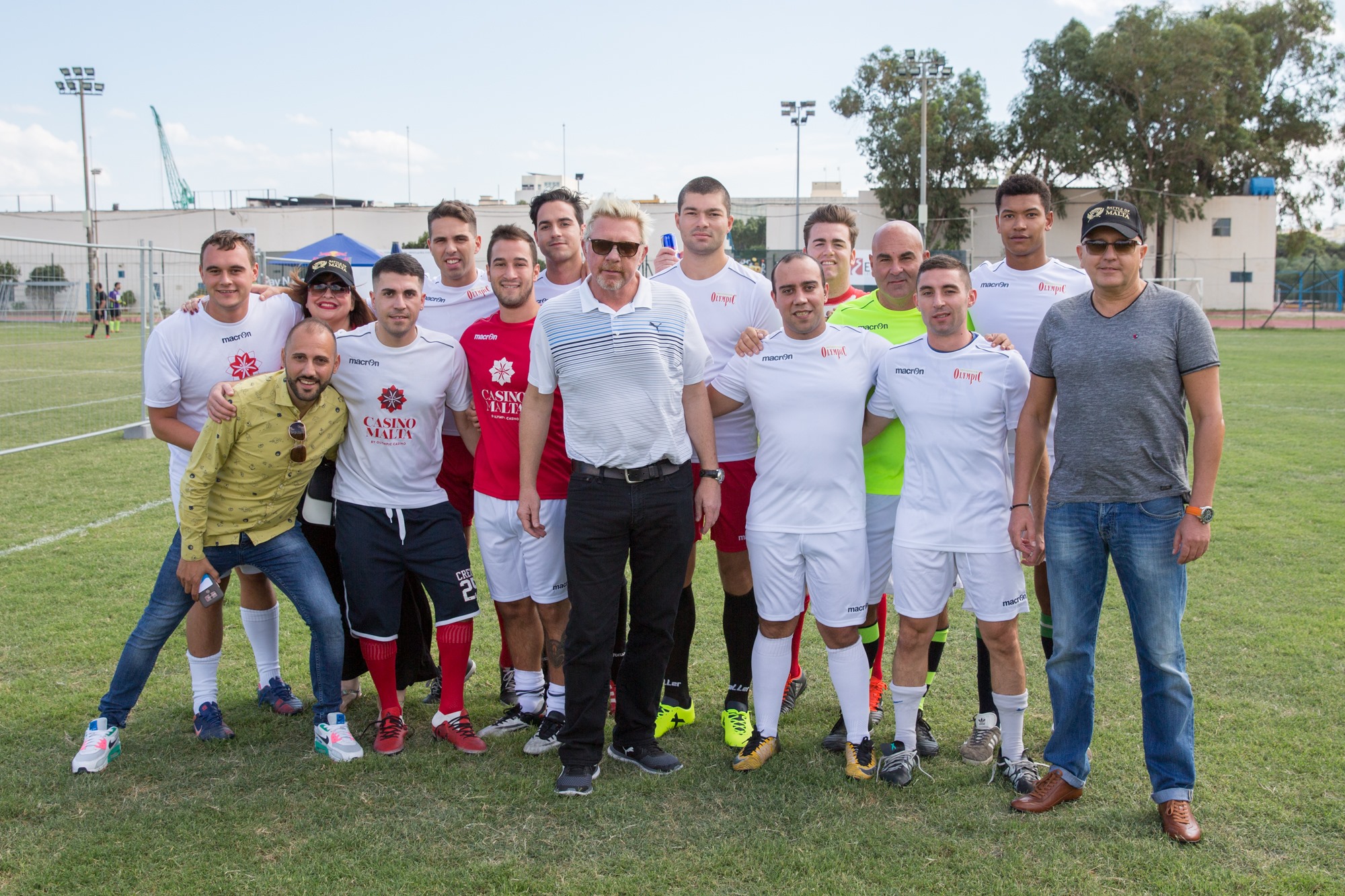