32 top performing companies from the three sectors, both internationally and locally will be taking part in the event.  Business development and friendship are two of the key values. The Opening Ceremony of the event incorporates a fun networking night out where expert speakers talk about the inter-relatedness of the three industries. This is then followed by the Official Draw and a networking reception/after party.

The tournament itself takes place over 2 days where all teams will fight for glory and the IFR Champions Cup trophy, ultimately qualifying for participation and an all-inclusive trip to the Continental Football League that is organised every year in the month of May in Moscow, Russia.

Whilst the tournament is ongoing, friends and family can enjoy themselves in the IFR Village where a mix of food stands, company stands’ and entertainment will be present.

The event will also be supporting two local foundations, Puttinu Cares and ALS Malta. Charity is a key part of who we are, and we hope that our generosity will help people less fortunate than ourselves.

We are delighted to share with you three special minutes of footage from our first edition last year, the 2018 IFR Champions Cup. Throwback to three special days for us last year, the 28th to 30th September’ 2018. It was a terrific experience for the whole team, and we at For a Cause Events are excited to host you again this year.

Go Back In Time 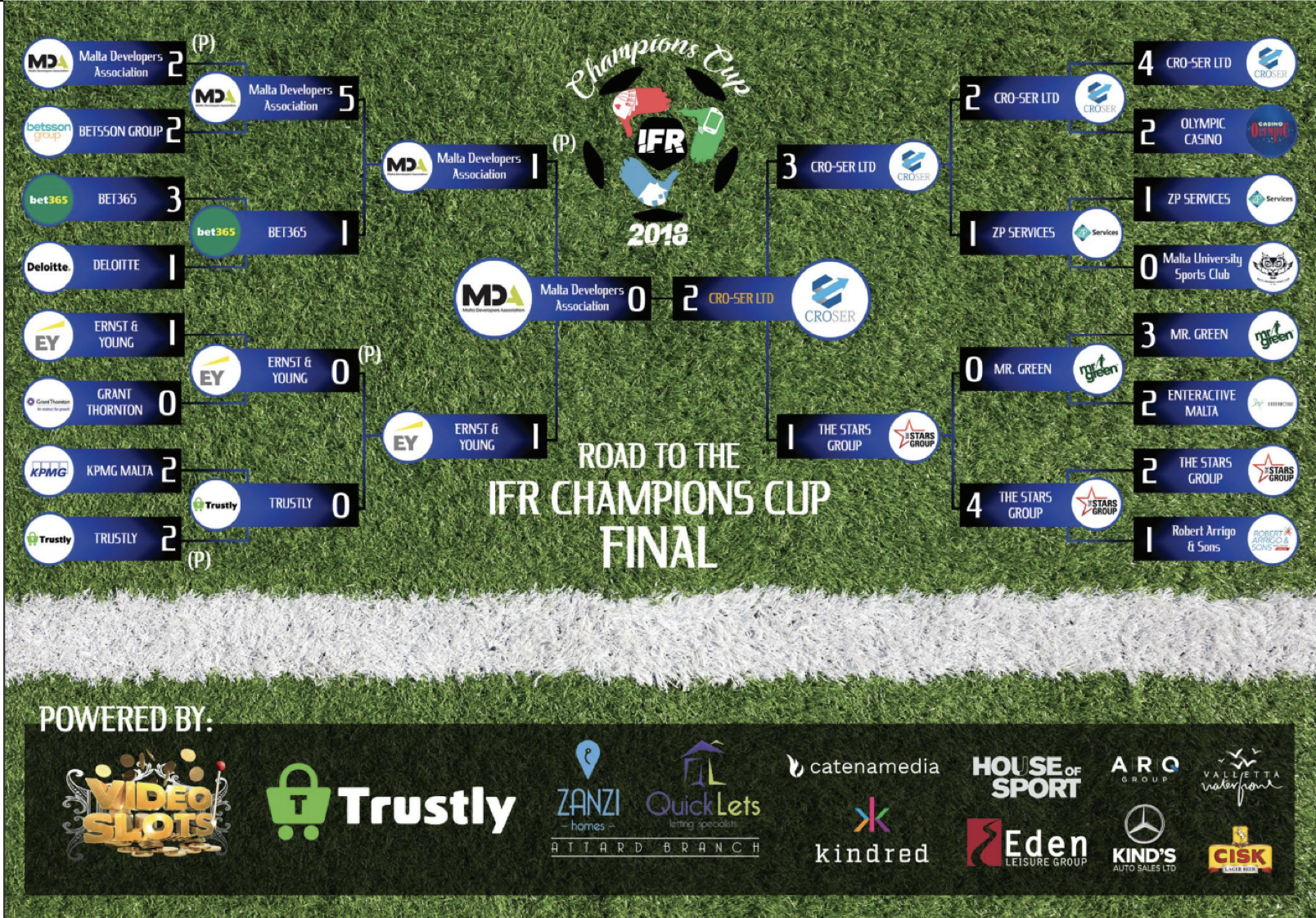